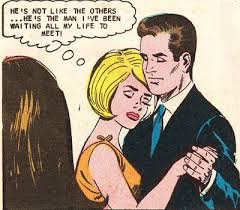 Now that I can finally come up for air (at least for the next week or so), I’d like to bring you up to speed what I’ve been doing lately. Mostly, it’s been working on Kiss Me, Captain, which is now at least finished on my end, and in the editorial stage. Everything seems right on target for its August 26 publication date, and if you’d like to preorder, you can do it right here on Barnes and Noble (Amazon preorders coming soon). We’ve also been working on the cover, and it’s been SO HARD having to endure a parade of hot looking guys auditioning for the model. Okay, so they’re photos, but who cares! Better than looking at a black and white screen of text all day, I’ll tell you. Cover reveal should come in the not too distant future, so stay tuned.

If you’re reading this on http://www.gwenjoneswrites.com, just look to the top and you’ll see that I’ve added a new page called “Just who are these people?” which is a cast of characters from both WANTED: WIFE and the upcoming KISS ME, CAPTAIN, Book One and Two from the “French Kiss” series. Now I don’t really include too many surprises about the KMC characters, nothing that will really spoil the story, at least, but SPOILERS ABOUND in for WW, so if you haven’t read it yet, DON’T read about the characters until you read Book One. What I can tell you in this post is that BOOK THREE, which is due to hit the cybershelves on November 14, will center around two characters from KMC, Book Two – Rex Renaud and Charlotte Andreko. That’s all I’m going to tell you at this point, beside the fact that my editor at Avon, Nicole Fischer, describes Marcel Mercier in KMC as “Swoon, so hot!”

Pretty much says it all, doesn’t it?