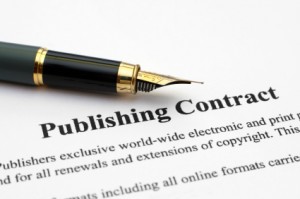 Being a member of Liberty State Fiction Writers affords me the opportunity to go to a great writers conference each year (ours), and to also meet up with editors and agents. Although I’m fortunate to already have a literary agent, there’s always the chance to meet up with editors and other industry professionals, and this affords a lot of opportunities. Like finding out who is buying what, current market trends, new authors and hot titles, and too many perks to mention here. I must say that going to a writers conference that offers chances to sit down with editors or agents, gives you an edge in scoring one if you already don’t have one, or even if you do, and are looking for alternate routes to sell. This year’s LSFW conference on March 24-25 has a great line-up of industry professionals, affording writers a chance to pitch in person. And take it from someone who sold a series of books this way: nothing is better than meeting up in person, so an editor or agent can connect a face to a project. Here’s the line up so far coming to this year’s Liberty States Conference:

Appointments will take place on Saturday, March 24, 2018. You must be registered for the conference writers track to be eligible for an appointment. They are assigned on a first come first serve basis, so be sure to register early. Don’t miss your chance to pitch your book to one of our exciting collection of industry professionals. See Liberty States Fiction Writers Conference page for more info.

Just a few snaps from the “First Line, First Para, First Page” writers’ workshop Linda J. Parisi and I gave at Ye Olde Warwick Book Shoppe in Greenwood Lake, NY, this past Sunday, January 21.  Great turnout and great press, with a radio spot on WTBQ, Orange County Radio on Thursday,  January 18, and in their local Times Herald-Record, a great local newspaper, a paper that’s the way local newspapers used to and should be still. Anyway, it was fun, the attendees packed the shop, and they want us to come back in the spring. They’re just asking for it, I suppose. Many thanks to store manager Maria Stasolla for hosting us! 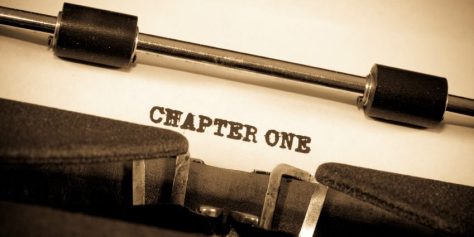 WHO: Gwen Jones and Linda Parisi

WHY: Learn how to create a catchy opening page to capture attention of editors and agents. Bring first page of work-in-progress. Please RSVP, space is limited.

HOW: By showing up. What are you, some kinda smart guy?

It was sunny and clear this afternoon in New Jersey, and unlike the photo to the left, snow-free. (Though that’s to change soon as a blizzard is barrelling up the coast) The wind was relatively calm, and from my window I could see all kinds of birds pecking at the feeder and except for the barren vegetation, it could have been almost be anytime of the year. But it isn’t, and I don’t need to step outside into the low-twenties chill to feel the hollowness of the season in my bones. After the choreographed optimism of the New Year fades into the mundane, what are we actually left with? Only the anti-climatic yawn of the Dead of Winter and the ennui that follows.

Maybe it’s just a sugar crash after all those Christmas cookies, but last fall’s good intentions and best laid plans now seem as sensible as earmuffs in August, and you’re left staring at a whole lot of letdowns. What happened to that get-up-and-go, those ideas that seemed so workable, those plans set to be implemented as soon as the everything got back to normal, post-holiday? Instead, you’re quickly finding out that things don’t really change, that everything goes comfortably back to the way it was, or more often than not, gets just a little bit worse.  You’re finding yourself just a little more broke, a touch fatter, a tad less cheerful and a whole lot lazier. A stretch on the sofa feels more natural that an extended stretch at laptop, and when you do find yourself in front of a screen, it’s more likely for Netflix than for fixing that severely flawed manuscript.

Here’s hoping. Back to work….