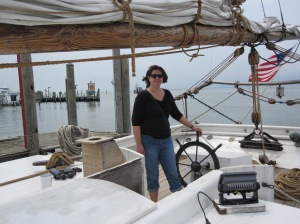 I’ve been getting some great responses to Wanted: Wife and quite frankly, it’s floored me. It’s one thing to have your friends, your agent and your editor think you’re worth the ink or pixels, but they’re hardly for whom I’m ultimately writing. The real gauge of a writer’s success is what the readers think, and you may be saying “Oh yeah, that’s what she says now.” But it’s the truth, and those who forget that do so at their peril. True, all books are ultimately subjective, but if I’m producing what the marketing promised, then I suppose I’m fulfilling my end of the bargain. I’d like to think you agree I am and if I’m not, please let me know. Really. (And that’s not just because I’m needy. I’m NOT! Okay, I am. So indulge me before I cry.)

On the other hand you’re only as good as your last book. So if I want to keep going with this writer thing and eventually lose my day job (“day job” being a relative term in professor-land), you have to constantly exceed the bar. So that’s what I’m working on now, the follow-up to Andy featuring his younger brother, Marcel. If he turns out half as “swoon-worthy” as Andy (not my term, but a popular readers’ descriptor) I’ll be in the ballpark. A revised sneak-peek is attached at the top, and a big hint of what it’s about at the left. Let me know what you think.

And yes, that’s me aboard the A.J. Meerwald, New Jersey’s official tall ship, which is visiting up and down the state’s coast this summer, as well as Philadelphia and New London, CT. Visit www.ajmeerwald.org for the 2013 Public Sail Schedule. Now excuse me while I crawl back into my head and get to work.