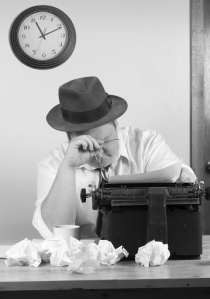 Over the summer I started a new book, banging out enough for a proposal then kind of put it aside when the sagging middle showed up early. Being well-acquainted with that particular pain in the ass, I knew it was just a plot problem in search of a solution. So I went to a writers retreat, and with the help of a friend, hammered the issue into submission. With copious notes and a new outlook on the project, I felt ready to jump back into the swim, then my day job reared its ugly head. Suddenly, time became of the essence, and again, the manuscript moldered. Still, I told myself I’d get to it as soon as things eased up, and then another work-bomb exploded immediately followed by a family crisis. All of a sudden,  writing became as superfluous as whipped cream and a cherry (in most circles anyway),  and I knew if I was ever going to get back to it, I’d need to resolve what was in front of me first. Not that that realization made me feel any better. I fact, I still felt quite the slacker. Because In the back of my mind I knew it wasn’t the day job or the family or anything else I could use as an excuse.  I knew it was facing that sagging middle again, and I was terrified the plot prop I devised would hardly lift it an inch. And therein laid the rub.

To be a writer, one has to write, and no one has shouted that louder than me. But how can I preach the mantra of writers’ write when I had a novel just lingering in my hard drive, bereft? Was there something genuinely wrong with me, or was I just a hypocrite? Because surely one can’t still be a writer and not write at all?

Real life intrusions aside, every writer faces dark moments when the impetus eludes them, and I’m not referring to what’s commonly known as Writer’s Block. What I mean is when the will to write is gone, when doubt overwhelms you, when you can’t even think of yourself as a writer. Most often, times like these occur after a rejection, whether from a teacher, editor or agent, but more likely from a rebuff totally unrelated to anything literary. Rejections of this kind cloud judgment and sap confidence, eating away at the one fact that should always keep our writing mojo in perfect sync: that in the literary world, it’s never about you.  It’s always about the work, and it’s that work that sustains us. No matter how terrible or disappointing or unreliable things seem, at least there’s the writing, being the one reliable recourse that will always shape itself to our moods, and more than likely, become better for it.

Okay, enough wallowing in it. Ass in chair, bitch. Now.