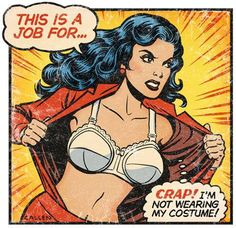 If you regularly read this blog you’ll recall I finished a book a couple of weeks ago. So yesterday, being the self-flagellating writer that I am,  I started a new book.  This one is going to be longer than the last one, over 100k words and a much more intricate plot. Normally I fly out the gate, the words shooting out of me like verbal vomit. (Okay, gross allusion, but think the alphabet, not masticated grilled cheese and tomato soup). Most of the time, the first three chapters are the easiest I write as I always have the opening in my head, and within a couple of days I usually have them down. But with this book? I spent all day and ended up with half a page. Half a page! I should be totally ashamed of myself. I once wrote a 50,000 word book in five weekends. So what’s the deal?

A long time ago I discovered the cure for Writer’s Block, or rather I discovered it doesn’t really exist.  So-called writer’s block only happens because you’re doing something wrong. It could be any number of things from writing outside your character’s logic, to veering too far from the ultimate goal. But I found the surest way to “cure” it was to turn things 180 degrees around, to give your character a perspective from the other side. If they’re going North, have them go South, if they’re running away from something, have them run toward it instead, don’t let them get that promotion–get them fired instead or better yet, quit. Have them act instead of react or visa versa. You’ll never get anywhere by skating the perimeter. Bust through it and see what happens.

But I digress. Because I don’t have Writer’s Block. I have something so much worse. I have stared this new project right in the eye and I have come back intimidated.

Has it happened to you? Have you had this terrific plot rolling around in your head so you do all the prework, plot the story to two sequels then clearing your calendar, you finally sit down to write. Then all at once the enormity of the thing starts looming over you like the Empire State atop Everest and you start cringing, that expanse of white screen as terrifying as an Arctic blizzard, and you wonder how the hell you’re ever going to get out. So now what?

So I will just write the book, but that in no way signifies I have any idea what I’m doing!

One thought on “What am I doing? No Effing idea”