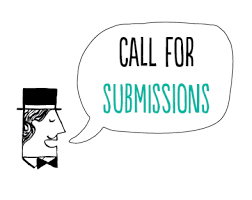 Another in our continuing series of “if it’s worth saying once, it’s worth saying again.” Okay, so you’ve proofread that manuscript and spiffed it up. Now it’s time to finally pitch it. But to who? And AS what? Sometimes a submission can fit into multiple genres. Sometimes it shouldn’t. Especially if you’re not sure just what it is, because you’re not writing the best book you can–you’re writing to market. And that’s something you shouldn’t EVER do…

The number one thing an emerging writer needs to do is finish the book before they could even think about putting it out for sale. And when I mean finish, I mean the book needs to be the best it can be. Definitely NOT first draft, but all the plot holes worked out, characters real, breathing and transformed at the end, conflict apparent and resolved, and a satisfying conclusion. After that, the book needs to be edited and proofread (edited means all those items I just mentioned worked out, whereas proofread means no grammatical, spelling, or formatting errors). Then and only than can you think about submitting it to an agent or an editor for publication. Sounds logical, right? But there are some authors out there that take that concept and think in the inverse. And that, my dears, is never going to get you what you want.

There are some new writers that troll such sites as Manuscript Wish List or MSWL to see what agents or editors are looking for. Or toss an idea out there to Twitter pitch parties like #PitMad without even having started the manuscript. Often when writers do this they’re testing the waters, looking to see what agents and/or editors are looking for, then writing a book to those specifications. Bad idea! Because then you’re not writing in a genre or sub-genre you’re adept at and interested in –you’re writing to the market. And when you’re good at writing gritty adult detective fiction and write  dystopian middle-grade instead well…you just may come out with the literary equivalent of finger painting–a hopelessly amateur attempt.

Now, I’m not saying a writer can’t change genres. Some authors write in several. But writing a different genre to branch out and expand your skills and scope is quite different than simply writing to what you hope will sell.  You’re not looking at writing as a craft to be honed and polished. You’re looking at the book you produce as product.  Reminds me of an author talk I was at once where they referred to their novels as units. Writing like that is only going to make you one thing — mediocre.

Look, we all want to sell, be a New York Times bestseller reaping accolades and royalties we need a Brinks truck to drive home from the bank. But writing to market is not the way to do it. You do it by writing the best book you can. If you do, the accolades–and the royalty checks–will have to run to catch up with you.